Do You Have Enough Failure Factor to Grow?

I have never met an entrepreneur who asked me, “How do I fail?”  The inevitable always want to know the secret to success. Oddly enough, the secret is to ask people how to fail. That may sound counter-intuitive but the reality is if I gave you a list of five very successful techniques I use to grow my business you may never glean one sale or iota of growth from it.  Why? Because you’re not me, you’re you.

If we were all the same, doing the same business there would be no need for entrepreneurship. We’d all work for Acme Universal Worldwide Widgets. Industry and innovation thrive on change and are flowing ebb and tide of social needs and technological developments.  Now you may say you don’t want to know how to invent the wheel; you just want to know how to use it more efficiently. But the wheel that Yorn the Caveman chiseled over a million years ago isn’t the same as that first Goodyear that rolled off the line. It was state of the art. But it came with its own new challenges and sparked more entrepreneurship. These tires could go flat so the need for tow trucks and AAA was born. Filling Stations added air pumps that had to be conceived, designed, produced, marketed, and then installed.

Before this example goes flat, let me get to the point of where the failure made this a success. The actual negative of the modern tire was what made embedded it into our everyday societal commerce. By creating and marketing the bladder tire (yes that was a working name and stuck in manufacturing circles in early 20th century) the innovators created a complete a paradigm of “gap-filling” industry that became so embedded in our culture that at one point hundreds of thousands of people relied on it and its known failure to provide a living. We have had the technology for many years to eliminate the need for tires that go flat or need to be replaced every two years.  But the impact of phasing these products out because they don’t work better than something else would have devastating effects to a good portion of those who built their industry around catering to the failure of this one product. Does that mean we don’t look for new and better ways to make tires? No. We just have to see what the next level of failures will be and be there to “fill that gap.”

Now let’s put that into perspective when you discuss growing your business.  You don’t need someone to tell you how to build a bridge if you sell insurance or financial planning services.  But you still want to know how to get from point A to B and as fast as possible. Your marketing is the bridge. Many people build those bridges with social media campaigns, digital marketing like vlogs, blogging, print, and visual ads (we can’t just say TV anymore since 23.8 million people now have Roku only). But are which of these marketing ‘bridges’ are the safest and fastest ones from where you are to your goals?

Many people will say to watch what your competitors are doing to kill it and emulate them. DON’T! Yes you should always be aware of your competitors and what they are doing, but if something is working for them and begin copying it without an understanding the pitfalls they encounter while finding this niche you’re doomed to repeat it. Worse if you straight out repeat it too similarly your audience becomes their growth. They’ve already ‘trained’ their audience to recognize their unique style.

There is a car dealer in SWFL that created what some call a gimmick and others genius, but like or hate it if you have ever been to SWFL, you know who and what the “It’s HUGE!” tagline is referring to.  Recently many other companies have adopted throwing this out, I assume as a badge of SWFL business identity and have done nothing more than make listeners immediately refer to the car dealership. FREE advertising for Billy!  But a few very crafty marketing geniuses looked at this campaign and said what’s the ‘failure factor’ here? It was loud and obnoxious to most people (but memorable and on point for the company/product), it smacked of the typical car salesman hype, it was bullying to some.  So another car dealer created a campaign that completely the opposite. It was more of a Mr. Rogers style approach and even told people it was “a place where no one will yell at you just treat you like a friend.” There was a great buzz over that ad locally because people intuited that the soft-spoken car dealer’s ad was calling out the loud one. The new softer version was a HUGE success (pun intended).  Not only did it “fill a gap” for those who didn’t care for the loud yelling tactic but it also increased sales for the competitor. Win, win.

When something isn’t working, you need to understand why not just ditch it.  If Yorn hadn’t adjusted when he broke that corner off of the square rock he was chiseling we’d never have discovered the wheel that led to so many other failures that have improved our lives. If you want to succeed you need to know how to fail.

So at your next mixer, chamber of commerce meeting, networking event, or when you’re listening to commercials, ask; What is not working?  What is the failure factor here? Then devise a solution for it. Build your marketing and growth strategies based on those facts and in no time at all someone will be building on your failure factor and increasing your exposure too! 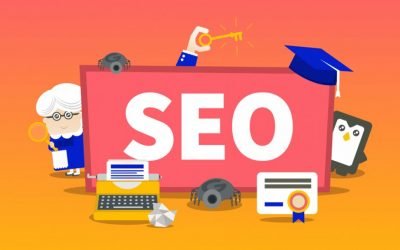 What is SEO? (In Plain English!) 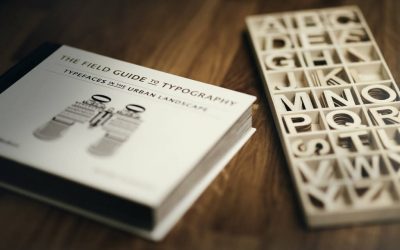 Everyone knows that words are powerful.  Using the right ones evokes emotion and action that can create predictable outcomes.  Marketing, social rallies, and political campaigns are all excellent examples of... 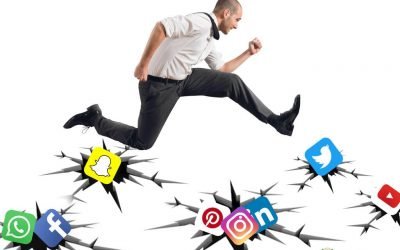 How to Avoid 5 Major Pitfalls of Social Media Marketing;

No running, jumping, or cape required! Social media is a growing and often confusing necessity in the small business marketing plan.  Over the past 10 years it has become an amazing free tool for brands to get their...

Get More Business Trends & Resources With My Ideal Newsletter!